Is solidarity transformative? A roundtable on refugees, solidarity and activism with the screening of the film Humanity Rising in the Refugee Crisis 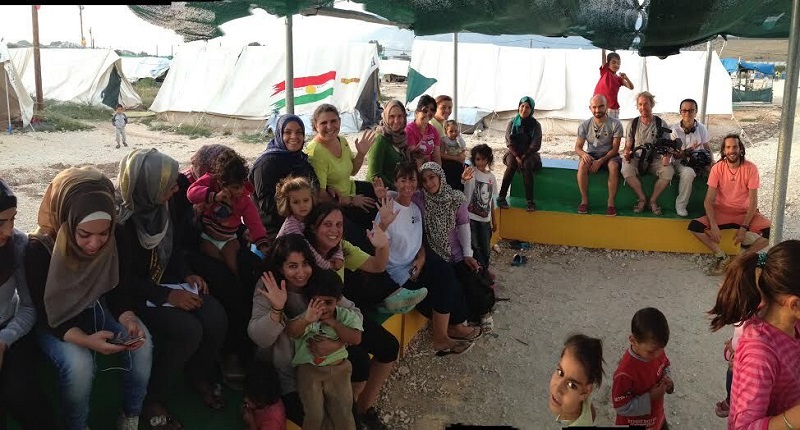 In 2015, Europe woke up to the fact that the continent was experiencing the largest refugee crisis since the Second World War. From Syria and Iraq to Nigeria and Pakistan, ongoing conflicts and deteriorating human rights conditions were forcing people to seek asylum thousands of kilometres from home.

Yet on arriving in Europe, those seeking refuge have been met with mixed responses. Governments, aware that immigration is a politically sensitive subject, have often been reluctant to admit refugees into their countries, or to provide support to people awaiting decisions in their asylum applications. At times, it has therefore largely been left to volunteers, charities and concerned individuals to provide the basic support which migrants require.

At this event we will hear from ordinary people in the UK who have followed their hearts and mobilised to provide humanitarian support to refugees in the Calais refugee camp. What impact have they made to the lives of the people they are trying to assist?

Join us for this film screening and panel discussion in partnership with the Centre for Migration and Diaspora Studies at SOAS, and the NGO Humanity’s Heart.

Ruba has a PhD in social anthropology. Her research interests and writing cover transnational migration and gender across Europe, the Middle East and North Africa, the Palestine question and refugees. She is a member of SOAS's Centre for Migration and Diaspora Studies, which draws together researchers in anthropology, history, development studies, politics, religion, music and art history.

Shocked by images of the washed up body of Aylun Kurdi, Tazeen travelled to the Calais refugee camp in 2016. With a professional background in broadcast journalism, finance, fundraising and philanthropy, she set up Humanity’s Heart to capture and share the experiences of refugees, volunteers, spiritual leaders, politicians and local citizens.

Rahaf Sabha, Syrian mother and student at the University of Essex

Syrian born and raised, Rahaf was forced to flee Syria when the war broke out. After spending time in a Jordanian refugee camp she was relocated with her husband and children to the UK in the refugee resettlement scheme. She is now as a student at the University of Essex studying Law and Human Rights.

Min works in the field of finance, technology and fintech. Since 2016 she has been the London lead for Techfugees, a global non-profit that focuses on empowering refugees with technological skills and solutions.

Frances Grahl, Secretary, SOAS Goes to Calais and Beyond  @SOASGoes2Calais

Frances is a PhD student at SOAS, in the Centre for Cultural, Literary and Postcolonial Studies, researching contemporary novels in English, French and Italian. She is a member of the group SOAS Goes to Calais and Beyond, which organises regular solidarity trips to the Calais region and other parts of Europe. Members volunteer with local organisations, carry out front-line support work with refugees and migrants in camps and elsewhere, and put on occasional musical events.

Free entrance. All welcome. If you have any questions, please contact the event organiser ben_walker_global@hotmail.com or Paolo Novak at SOAS pn4@soas.ac.uk.

We are involved in many charitable projects thanks to our donors.